Welding was started in ancient civilizations as different metals were discovered, such as iron, bronze, silver, and copper. According to different sources and references, the welding process was started in approximately 1000 B.C. The real welding revolution started in the 1700s to 1800s, when forge welding technology was developed.

When was TIG Welding Invented?

If we talk about the history of TIG welding, it was created in Southern California by a welder named Russell Meredith of Northrop Aircraft Corporation. At first, it was known as the Heliarc process, and still, many senior welders call it the Heliarc process. The primary purpose behind the creation of this method was to join the light alloys which are used in airframe manufacturing. 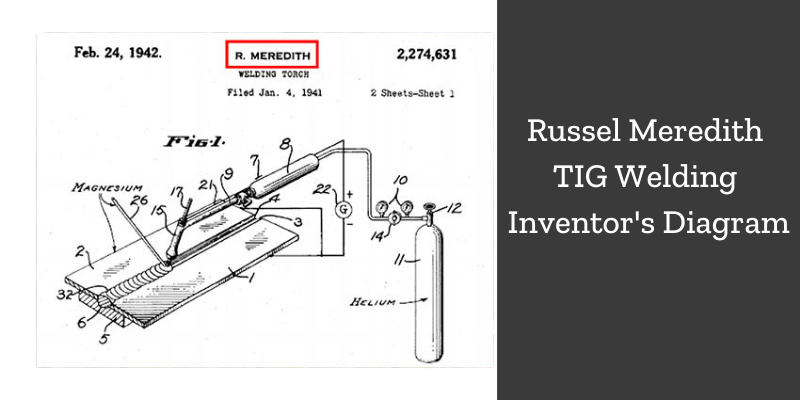 The fact that will be fascinating to our readers is that President Roosevelt wrote a letter to Winston Churchill. He stated that America had developed new welding methods that allowed us to build ships very quickly, which is unmatched in shipbuilding history. It is on record that after the invention of this process, the Army used stainless steel, magnesium, and aluminum in equipment such as ships and fighter planes.

The Linde company purchased the copyrights and license of this process. It created and sold equipment related to this technique, such as tig parts, tig torches, and consumables in the 1960s and 1970s. Many readers ask, why they used helium in 1970s? Because their license for tungsten inert gas welding and tig related equipment expired in the 1970s.

Later on, the Weldcraft brand from Southern California significantly impacted the industry. They began their journey by fixing TIG torches discarded by local aircraft manufacturers. The repairing process was simple; their technicians burned off the hard plastic coating. After the torch repair, the torches were remolded with high-dielectric silicone-based material. Because of the high-frequency current used to initiate the arc, this repairing method made the torches less probable to “arc-out”, which is common in GTAW.

When was the First TIG Welder developed?

In the history of TIG welding, the first unit was developed by the Linde company. Those machines were large transformer rectifier based units that were very heavy. These large devices were very tough to use. Then, Miller launched the “ Square waveform “ units that enabled better control of amperes and arc. After some time, printed circuit boards in TIG units boosted the industry. Due to these boards, we can make precise adjustments of 0.5A on many machines.

Gas tungsten arc welding is much more advanced compared to the last decade. I believe that we will experience many new features and advancements in the process. We can’t exactly say anything about this, but companies are working hard to bring something new to the market to win the race. We can surely expect robotic welding in near future with surprising features. 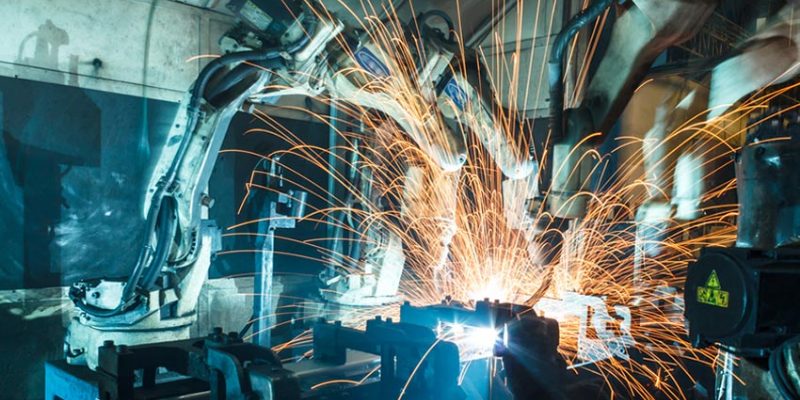 The forge welding process is also the oldest method in the history of welding. It was widely used in the 1800s.

The Miller company launched the Square Waveform machines that completely changed this industry, and after this technology, precise adjustments of amperes was possible.

Q3. How many welding jobs expected in next ten years?

According to the Bureau of Labor Statistics, around 14,000 jobs are expected in the next decade, with welding employment predicted to expand by 3%.

TIG welding is an old and historical welding technique and after much advancement, it’s a most technical procedure nowadays. At first, it was used at a higher scale like building ships for the army and later on, it was accessible to fabricators, DIYers, and households. I hope the doubts and confusions about history of tig welding will be cleared after this article. 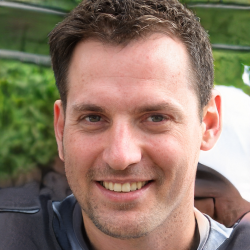 Josh Rogers
Hello! I’m Josh Rogers, a 17-year veteran of the industrial welding industry. My welding lab is equipped with a staff of senior and young welders who specialize in various welding techniques. I’m here to share what I’ve learnt about welding so far in my career with all of you.